Ana Cvetkovic is a much-praised lyric-coloratura soprano from Serbia.

Whether she performs recitals, sings with a chamber ensemble or carries out some of the most significant opera roles, Ana Cvetkovic-Stojnic is vocally, theatrically and visually a first-class.

Her first significant opera engagement was at German State Opera House, Coburg (2014-2017) where she had the chance to expand her repertoire in 15 different roles. She made a breakthrough with the part of Konstanze („Die Entführung aus dem Serail“) which brought her sensational reviews – the critics described her Konstanze as a fascinating combination of seemingly effortlessly coloratura-speed and lyrical intensity. Besides her “fragile-tough” interpretation of Mozart’s  heroine, the highlight of Ana’s career, so far, are the roles of Lakmé („Lakmé”), Violetta („La Traviata“), Musetta („La Bohème“) and Sophie („Der Rosenkavalier“).


Ana’s professional debut was in 2011 in Japan, when she was touring with the Opera Operetta Classical Vienna Series as Micaela („Carmen“). She was also performing as a guest singer in Staatsoperette Dresden (Eurydice, “Orphée aux Enfers”), Opernhaus Chemnitz (Blumenmädchen 1, “Parsifal”), Fürth (La Contessa, “Le Nozze di Figaro”), Erlangen and Kammeroper Köln (Violetta, „La Traviata“), Goethe-Theater Bad Lauchstädt (Konstanze, „Die Entführung aus dem Serail“). In the season 2019/20 she made her debut as Sylva Varescu in „Die Csardásfürstin“ at the National Theater Osijek in Croatia.

With her graceful and enchanting voice, Ana manages to unite the delightful feedback from the audience and exceptional reviews from the press. The critics seem as if they are competing in who will describe more beautifully her “evenly and smoothly” lyric soprano: „an almost weightless, floating sound” (recital, Hahn and Fauré), „blazing shimmer tones” (La Contessa, Mozart), „wonderfully confident, radiant and mastered effortlessly by the singer” (Violeta, „Sempre libera”, Verdi), „extreme maneuverability of her coloratura-soprano brings sparkles and again gives you goosebumps” (Lakmé, Delibes). The language diction is perfect in accordance with her outstanding vocal abilities. Strong suggestiveness is always present in Ana's performance, regardless of the époque – from early to 20th Century music. One of the examples is Janaceck’s „Das schlaue Füchslein” when Ana impressed the premiere audience with dramatic intensity as well as with expressive singing. 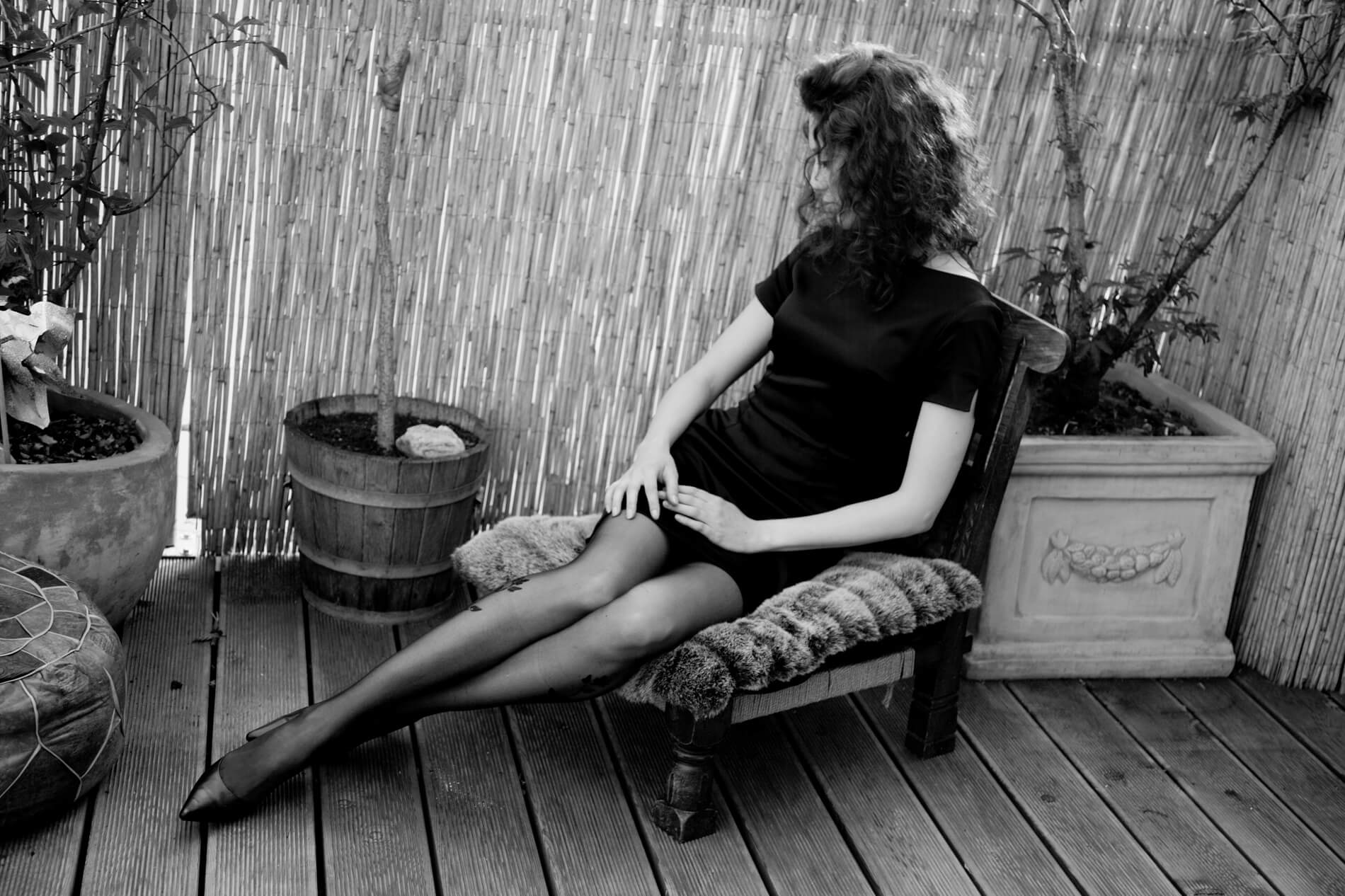 
Ana’s musical background is also one of the things by which she stands out in the opera world.  She started her education with the violin (graduated from elementary Music School Stanislav Binicki), and later she continued to nourish her voice in Mokranjac music school, voice department (studying with Professor Georgi Minov). At the same time, she enrolls in the Ballet secondary school “Lujo Davico”, at the special department for traditional songs and dances from Balkan. She graduated at the Faculty of Music as one of the most promising students of the voice department (studying with Prof. Gordana Jevtovic/Aneta Ilic).
Her competition successes include Nikola Cvejic International vocal competition in her home country (2001 First Prize and Laureate) Ferruccio Tagliavini (Austria – 2006, Fourth Prize and Finalist) with Dame Joan Sutherland as the main member of Jury.


After receiving her Bachelor's degree, she continued her studies specializing in Operatic repertoire with the professor Nikola Mijailovic. While studying, Аna was a member of Opera Studio at the National Theatre Belgrade which brought her new stage experience in baroque operas by Cimarosa and Monteverdi (read more in the baroque opera section). Judging by the opinion of the voice department in Belgrade, she was the student with the most successful concert activity which brought her the prestigious “Anita Mezetova” award. She continued her education at the Vienna Private University of Music and Art (MUK) and gained an Opera Master Degree. In Austria, she received the „CEE Musiktheater” scholarship for the most promising young opera talents in South-East Europe.
Ana participated masterclasses working with renowned opera  singers such as Doreen DeFeis and James Hooper, David Bižić and Snežana Stamenković. Working with Doreen DeFeis and Jimmy Hooper she was awarded with a first price and concert, with Wernigerode Chamber Orchestra in Germany.
In October 2019 Ana enrolled her PhD  at  Faculty of Music of the University of Arts, Belgrade, for chamber music – Kunst Lied, in the class of Russian soprano, Professor Ljudmila Gross.

Ana Cvetkovic is permanently present on domestic concert scene, since her high school days, with the music troop 'Selected for the Chosen'. She was very much devoted to promoting Serbian contemporary music with the chamber ensemble Quadrema (violin, flute, piano, and voice) which received the “Gold plaque” at the Music Festival “Mokranjcevi dani” in Negotin (Serbia).

Since 2011, Ana is a member of the ‘Association of Musical Artists of Serbia’. 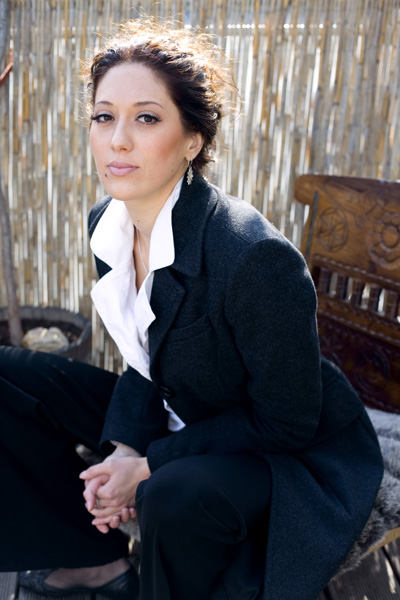 Ana’s repertoire to a large degree includes composers of French, Italian and German songs. She cherishes the concert singing mostly with the pianist Vladimir Stojnic. Their recital “Evening of Strauss and Schumann” (performed in Belgrade and in Coburg, Germany) was awarded by The Association of Musical Artists of Serbia as The Best Concert in 2014.  With the latest recital “Le Secret” these two had once again shown to the audience their virtuosity and expressiveness, but more important their great musical understanding and compatibility (they performed in the Hall of City Assembly of Belgrade, Concert hall of Music School “Vuk Dragovic” in Šabac, and University Gallery in Kragujevac).

Ana has always had an affinity for baroque, and that can be seen also in her opera roles.  During her studies, as a member of the Opera Studio at the National Theatre, she sang in Cimarosa’s “Il Matrimonio Segreto” (Carolina). She made her debut in “Royal Theatre” in Cetinje (Montenegro) in Monteverdi’s operas “L’Orfeo” (La Musica) and “L’incoronazione di Poppea” (Drusilla). While living in Germany, she had the opportunity to play in Henry Purcell’s operas “King Arthur” and “Dido and Aeneas” (Belinda).
She participated in master classes for baroque music held by Prof. Nigel Rogers in Berlin. She worked with Roberta Mameli  in Austrian Baroque Academy in Gmunden, and with Katherine Haataja -Operosa. Besides the English and German baroque, she mastered the French baroque style as part of “Baroque Atelier” lead by Serbian world-known contralto Marijana Mijanovic and American harpsichord Jory Vinikour in February 2020.

Ana’s versatile stage experience includes solo parts in monumental pieces for orchestra and choir (Bach’s “Messe in B-minor”, Mozart’s “Requiem” in D minor or Respighi’s “Lauda Per La Nativita Del Signore”) as well as performing in chamber ensembles. Since 2013. she continuously collaborates with the “Belgrade Baroque Ensemble” with whom she performed twice on the “Early music festival” in Serbia and Austria. The program was made of Telemann’s suites and cantatas (performed in Belgrade, Novi Sad, and Novi Bečej) and Bach’s cantata “Non-Sa Che Sia Dolore” (Gmunden). Her baroque repertoire also includes Handel’s “Brockes Passion” (Seibelsdorf, Bavaria), Vivaldi’s  “Nulla in mundo pax sicera”, “Vengo a voi luci adorate” (Belgrade, Gmunden) and Scarlati’s aries “Si suoni la tromba”, “Mio Tesoro” and “Con voce festiva” (Belgrade). She had a memorable Mozart performances with the Belgrade “Sinfonietta”(motet “Exsultate, Jubilate”, “Missa brevis”) but also in a trio set up – with piano and a violin/clarinet (KV 206, KV 580).
Contemporary authors also love engaging her as a soloist of their premieres – Valery Kikta, Dimitrije Golemović, Aleksandar Simić, Vladimir Trmčić, and the late Zoran Hristić. Hristić wrote the leading vocal line of his piece “Ten speaking of Three-handed Virgin from Hilandar” (written for two choirs, soloists and keyboards) just for her voice (performed in Belgrade, Banja Luka, and Aranđelovac). She was also a soloist on the concert “Ennio Morricone Music” at Belgrade Arena.

Publications
A CD “Music for trumpet and organ” was published by University of Arts in Belgrade with three Scarlatti Aries in Cathedral “The Blessed Virgin Merry”. Ana recorded this CD with Mladen Đorđevic (trumpet), Maja Smiljanic (organ) and Dejan Božić (basso continuo).